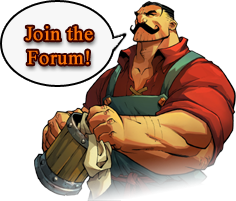 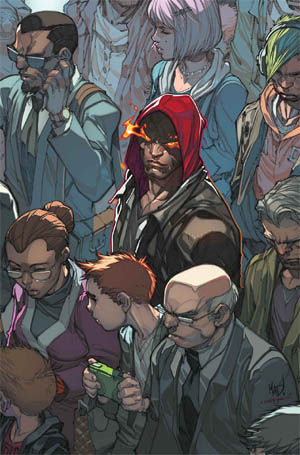 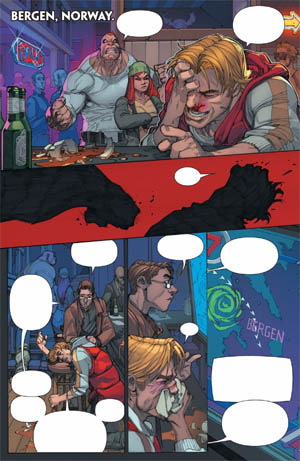 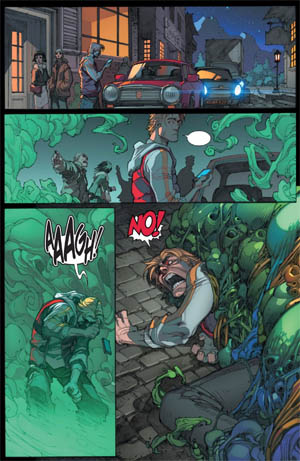 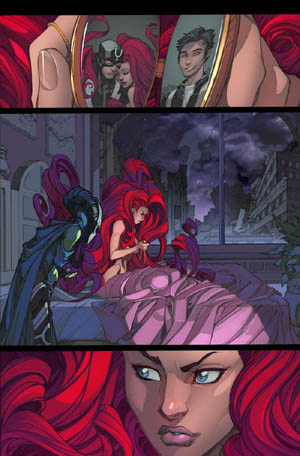 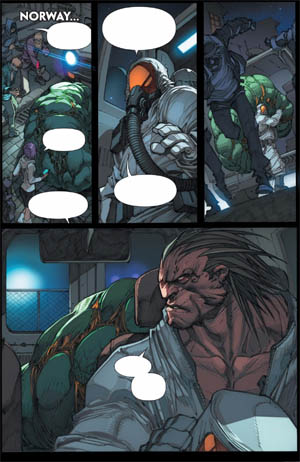 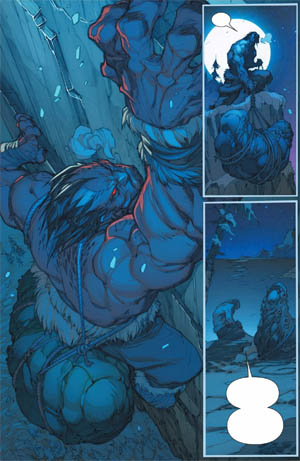 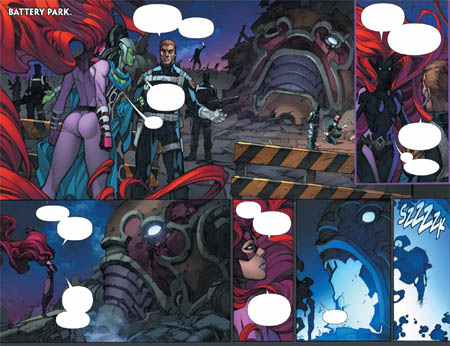 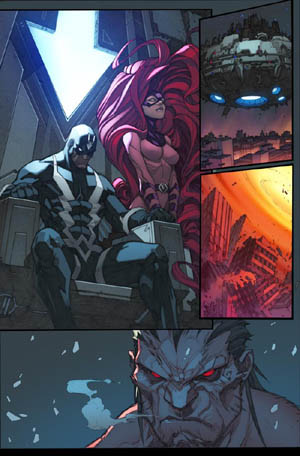 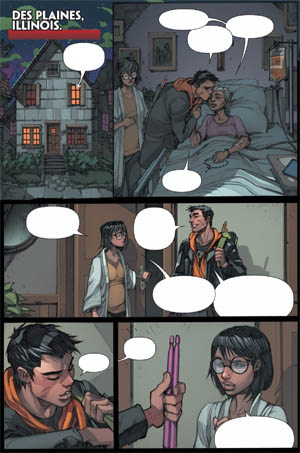 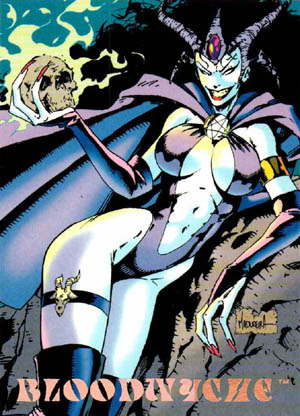 
Do you really want to be an artist? Or a successful working professional?
Believe it or not there is a difference. I’m not usually a soapbox type guy, I don’t like instructing people, and I think I’m a terrible teacher. But hey, it’s Friday and I’m in a strange mood. So here goes:

I’ve noticed that a good number of my fans happen to be aspiring artists themselves. This is for all you guys. I get asked constantly: “Where should I go to school?” “What classes should I take?” “What should I study for anatomy?” “What pencils and paper do you use?” “Should I be working digitally now instead of traditionally?” “How do I fix my poses? Learn composition? Perspective?” “When am I going to develop my own style?” “Who were your influences?” “Teach me how to draw hands!” The list goes on… Here’s the deal. All of that stuff *is* important, and it may nudge you in the right direction. A lot of it you will discover for yourself. What works best for one person doesn’t work for another. That’s the beauty of art. It’s personal. It’s discovery. DON’T WORRY ABOUT ALL THAT CRAP!

Instead I’m going to answer the questions that you *SHOULD* be asking, but aren’t. These are things that have only recently occurred to me, after doing this for 20+ years. These things seem so obvious, but apparently they elude a lot of people, because I am surprised at how many ridiculously talented artists are ‘failing’ professionally. Or just unhappy. The beauty of what I’m about to tell you is that it doesn’t matter what field you’re in or what your art style is.

In no particular order:

1) Do what you love. If you are passionate about what you’re doing, it shows. If you’re having fun, it shows. If you’re bored, IT SHOWS. Some guys are able to work on stuff they have zero interest in, and still pull off great work, but I find that when I do this my motivation takes a huge hit. And Motivation is key. Money is not a great motivator. It’s temporary like everything else. And honestly, I’ve gotten paid the most money for some of the shittiest work I have ever done. That may sound awesome, but it’s not. And here’s why…


2) You MUST stay Excited and Motivated. Have you noticed that there are days you can’t draw a god damned thing? And some days you feel like you can draw anything? It’s 4am but you don’t notice because you are in the ZONE. Your hand is racing ahead of your mind and you can do no wrong?! Maybe it’s some new paper you got. Or a new program you’ve been wanting to try out. Or you just found some amazing shit on DeviantArt, or watched some movie that just makes you want to run straight to your board. This relates to the above because while it is possible to involve yourself in projects you aren’t excited about—maybe you need the cash, or think it will look good on your resume, whatever it is—it’s not going to last. You need to stay fresh. Expose yourself to new things. New techniques. You should be getting tired of your own shit on a fairly regular basis. Otherwise other people will.


3) Check your Ego. If you think you’re the shit, you’re already doomed. You may be really, really good at what you do, but there’s someone better. Sorry. There’s always plenty to learn, even for us old dogs. So when I meet young upstarts who have this sense of entitlement, or a know-it-all attitude, I just have to laugh. Some of the biggest egos I’ve ever witnessed were from people who have accomplished the least. Meanwhile, most guys who are supremely talented AND successful, and have EARNED the RIGHT to have an ego and throw their weight around, don’t. Why is that? It’s because…


4) Relationships are important. This may be one of the biggest lessons I’ve had to learn. Early on, I didn’t value my relationships with people. Creatively or otherwise. I felt like I didn’t need anyone’s help and I could figure everything out on my own. Let’s face it, many of us become artists because we are reclusive, social misfits. We’d rather stay inside and draw shit than go outside and play. We like to live inside our own minds. Why not?! It’s awesome in there! And sometimes we don’t want to let other people in. But like I said—you can’t do it alone. I can honestly say that as much as I try to stay current, as much as I try to push my work and draw kick ass shit that will excite people, I would not be where I am today if it weren’t for all the other people I’ve met and learned from along the way. Guys who pulled strings for me. Took risks on me. Believed I was the right guy for the job. You need to manage your relationships. You need to network, and meet people. Drawing comics is still a pretty good place for reclusive types—but if you want to work in big studios—Making games, Films, animation, basically any other type of job on the planet, you’d better start making some connections. Be likeable. Be professional. That doesn’t mean be an opportunistic ladder climber. Fake people lose in the end. Be yourself, but be professional. It’s no secret that when people are hiring, our first instinct is to bring in people we know. It’s human nature. I don’t like unknowns, even if their portfolio is awesome. If we have a mutual connection, if they have great things to say about you, you’re in. If you have AMAZING artwork to show, and I call your last employer and they tell me what a pain in the ass you are to work with, you’re done. Talent and skill only get you so far. I am literally amazed at how often I meet guys that are total assholes and think they are going to get anywhere.


5) Here’s the BIG ONE. The greatest obstacle you will ever have to overcome IS YOURSELF. And the Fear that you are creating in your own head. Stay positive. Stop defeating yourself. There are artists I know that are so damn good they make me pee my pants. I look up to these mofos. I study their shit and I want to draw like them. And they are almost NEVER working on their DREAM project. And—big surprise, they aren’t happy in their job. “Why NOT?! WTF is WRONG WITH YOU?!” is usually my reaction. And the answer is almost always “The market isn’t great right now” “Other stories/games/comics like mine don’t do very well” “The shit that’s hot right now is nothing like mine, It’s just going to fail.” “I’m not sure I’m good enough.” “I need the money.” “Too Risky.” “I tried it before and failed. ” It doesn’t matter what words they use, they are afraid for one reason or another. I know. I’ve been there.
But here’s the deal. YOU NEED TO TAKE RISKS. Guess what? YOU ARE MOST LIKELY GOING TO FAIL. If you want it—REALLY want it, that won’t stop you. You will learn A LOT. My good friend Tim constantly jokes about how I jump out of planes without a parachute and worry about the landing on the way down. You may think that I’m lucky, that it’s easy for me to say because I’m already successful, that I’m in a different situation than you all are. But it’s not true. Risk is risk, no matter what level you’re at. If you’re already successful, you just take even bigger risks. But they never go away. Everything in life is Risk vs. Reward. Not just in your career. LIFE. You’d better get used to it.
I didn’t know what the hell I was doing when I got into comics. I left the #1 selling book at the time ( Uncanny X-men ) to work on Battle Chasers during a time when ‘Conan’ was about the only fantasy comic people knew. And no one was buying it. I wanted to work in games, so I started a game company. I had NO IDEA WTF I was doing. I just wanted it, really bad. We tanked. It failed. No big surprise. But the people I worked with got hired elsewhere and rehired me. I started ANOTHER game Company. We had 4 people and a dream, and some publishers wouldn’t even meet with us, because their ‘next gen console’ teams had 90+ people on them. I literally got hung up on. “Stick to handheld games, it’s smaller, maybe you can handle that...” one MAJOR publisher told us. I don’t blame them. But we didn’t let it stop us. Thank god we didn’t listen to them. Vigil was born. Darksiders happened, AND we got to make a sequel. It stands shoulder to shoulder with the best games in the industry, and the most elite and experienced game dev studios in the world. How is that possible?!!! Hardly any of us had even worked on a console game before. I’ll be honest, I was thinking we would fail the whole time. I just didn’t care. If I had to play the odds on this one, I’d bet against us.


Why am I telling you all this shit? This is not me patting myself on the back. It’s just stuff that has somehow only dawned on me recently when it’s been staring me in the face for so long. I feel like I need to wake you guys up!!! I’ve been limiting myself. I’ve gotten afraid. I’ve taken less risks. I saw my career going places I didn’t want to go. I wasn’t happy and I wasn’t excited. And I’ve realized, that all that stuff I just talked about is the reason I am where I am today. Not because I have a manga style, or I draw cool hands, or there’s energy in my drawings, or all the other things people rattle off to me. There are other guys that do all that same shit, and do it better. And amazingly, those same guys constantly tell me “Man, I wish I could do what you are doing.” “SO DO IT!!!!!” PLEASE listen to me—because I want you guys to make it. I want to look to one of you people for inspiration some day when it’s 2am and I need to keep drawing. Stop worrying about all the other stuff—the pencils, the paper, the anatomy, all that shit. It will only get you so far. You’ve already got most of what you need. I hope this helps some people. From the bottom of my heart, thank you for all the support over the years. You are all one of the greatest motivating forces in my life and my career. Sappy but true. Ok, let’s go draw some shit!!!


Joe MAdureira / Joe Mad!
Have a look to the "Archive" menu for more updates!